The Metropolitan Police Department announce an arrest has been made in relation to a homicide that occurred on Tuesday, July 19, 2022, in the 2900 block of Knox Place, Southeast.

At approximately 1:24 pm, members of the Seventh District responded to the listed location for the report of a shooting. Upon arrival, the members located an adult female victim, inside a residence, suffering from apparent gunshot wounds. DC Fire and Emergency Medical Services responded to the scene and after finding no signs consistent with life, the victim remained on scene until being transported to the Office of the Chief Medical Examiner.

The decedent has been identified as 33 year-old Audora Williams, of Southeast, DC.

On Monday, August 29, 2022, pursuant to a DC Superior Court arrest warrant, members of the United States Marshals Florida and Caribbean Regional Fugitive Task Force, working in collaboration with the Capital Area Regional Fugitive Task Force, located and arrested 34 year-old Wonell A. Jones, Jr, of Southeast, DC, in Jacksonville, Florida. Jones, pictured below, was wanted on a DC Superior Court arrest warrant charging him with First Degree Murder while Armed. The detectives’ investigation revealed that this offense was domestic in nature. Jones will go through the extradition process and will be returned to Washington, DC where he will face charges.

The Metropolitan Police Department would like to thank our partners at the US Marshals Service for their assistance in this case. 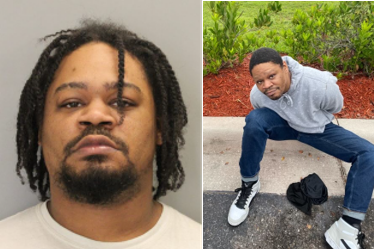