Detectives from the Metropolitan Police Department’s Homicide Branch seek the public’s assistance in locating a suspect in a homicide that occurred on Friday, August 13, 2021, in the 500 block of Irving Street, Northwest.

At approximately 1:11 pm, members of the Fourth District responded to the listed location for the report of a shooting. Upon arrival, members located an adult female, inside of a residence, suffering from an apparent gunshot wound. DC Fire and Emergency Medical Services responded to the scene and found the victim displayed no signs consistent with life. The victim remained on the scene until transported to the Office of the Chief Medical Examiner.

The decedent has been identified as 18 year-old Talaya Campbell, of no fixed address.

The suspect in this case is identified as 21 year-old Jereal Booker, of Northwest, DC. Booker is currently wanted on a DC Superior Court arrest warrant charging him with Second Degree Murder while Armed. The detectives’ investigation revealed this offense is domestic in nature. Booker can be seen in the photo below: 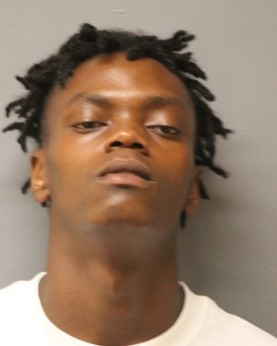 The Metropolitan Police Department currently offers a reward of up to $25,000 to anyone that provides information which leads to the arrest and conviction of the person or persons responsible for each homicide committed in the District of Columbia. Anyone with information about this case is asked to call the police at 202-727-9099. Additionally, anonymous information may be submitted to the department’s TEXT TIP LINE by sending a text message to 50411.