Detectives from the Metropolitan Police Department's Sixth District seek the public’s assistance in identifying a suspect in reference to an Armed Robbery (Gun) offense that occurred on Sunday, January 20, 2019, in the 5100 block of Southern Avenue, Southeast.

At approximately 12:07 pm, the victim was walking her puppies at the listed location. The suspect approached the victim, brandished a handgun and demanded the puppies. The victim complied and the suspect then fled towards the 4500 block of Heath Street in Capitol Heights, MD. The suspect took the victim’s 2-month old male Pitbull puppies.

The suspect is described as a Black male, 20-30 years of age, 5’5”, 130-135 pounds, with a dark complexion, skinny build, and short hair. He was last seen wearing a black puffy coat, black knit cap, and black sweatpants. The suspect is considered armed and dangerous. 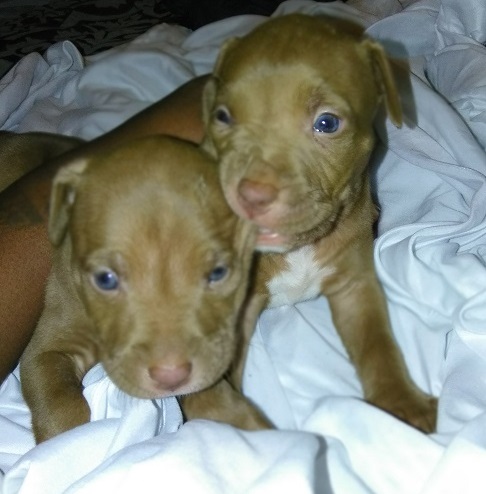 Anyone who can identify these individuals or who has knowledge of this incident should take no action but call police at (202) 727-9099 or text your tip to the Department's TEXT TIP LINE at 50411. The Metropolitan Police Department currently offers a reward of up to $10,000 to anyone who provides information that leads to the arrest and conviction of the person or persons responsible for a violent crime committed in the District of Columbia.