Detectives from the Metropolitan Police Department’s Carjacking Task Force announce an arrest has been made and an additional suspect is sought in reference to an Attempted Armed Carjacking (Gun) offense that occurred on Tuesday, April 5, 2022, in the 1000 block of Bryant Street, Northeast.

On Tuesday, April 19, 2022, pursuant to a DC Superior Court custody order, a 14 year-old juvenile male, of Southeast, DC was arrested and charged with Armed Carjacking (Gun).

The remaining suspect was captured by surveillance cameras and can be seen in the photo below: 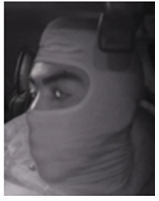 This case remains under investigation. Anyone who can identify this individual, or who has knowledge of this incident should take no action but call police at (202) 727-9099 or text your tip to the Department's TEXT TIP LINE at 50411. The Metropolitan Police Department currently offers a reward of up to $10,000 to anyone who provides information that leads to the arrest and conviction of the person or persons responsible for a violent crime committed in the District of Columbia.