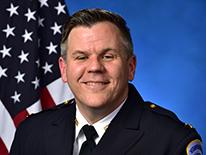 Commander Bedlion began his career with the Metropolitan Police Department in 2005. In 2006, he was assigned to the Sixth District as an officer. In February 2010, he was promoted to sergeant where he was assigned to the Fifth District. In January 2014, he was promoted to lieutenant where he managed PSA areas 102 and 103 addressing a variety of neighborhoods ranging from the vibrant downtown area of Chinatown to such landmarks as Union Station.

In January 2018, he was promoted to captain and returned to the Fifth District where he led the Summer Crime Initiative Area in such neighborhoods as Rosedale and Langston Carver.