The Metropolitan Police Department seeks the public's assistance in identifying a person of interest in reference to a quadruple shooting, which occurred in the area of North Capitol Street and New York Avenue, Northwest, on Wednesday, June 8, 2016.

At approximately 4:24 pm, members of the Fifth District responded to a call for a shooting. Upon arrival on the scene, members located four adult males, all conscious and breathing, suffering from gunshot wounds. The victims were all transported to local hospitals for treatment. Additionally, an MPD mountain bike officer was struck by a vehicle a short distance away from the scene, while responding. The officer sustained non-life threatening injuries and was transported to a local hospital for treatment.

The suspect is described as a black male, 5’6”, medium brown complexion, wearing a black mask, dark colored pants and a black jacket.

The person of interest can be seen in these photos: 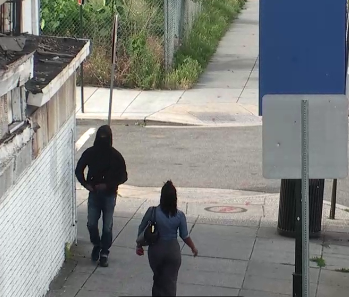 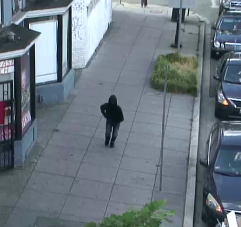 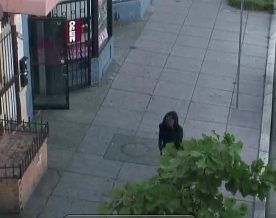 Anyone who has information regarding this case should call police at 202-727-9099.  Additionally, information may be submitted to the TEXT TIP LINE by text messaging 50411.  The Metropolitan Police Department currently offers a reward of up to $10,000 to anyone who provides information that leads to the arrest and conviction of the person or persons responsible for a shooting committed in the District of Columbia.