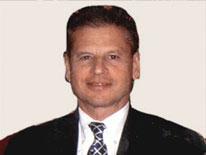 You will always be remembered in our hearts and our minds.

My husband, David and I were visiting DC and the Georgetown area the day Officer Pozell was hit. My husband witnessed the accident and called 911, staying on the phone until the ambulance arrived. Officer Pozell and his family have been in our prayers from that moment on!

We have come to realize what an awesome individual he is by the outpouring of love from his community! We feel honored to be able to touched by such a caring person!

I was at the intersection when this tragedy occurred and witnessed Officer Pozell being struck. I was one of the first to arrive at Officer Pozell's side and called 911 to alert them of what happened. I never met or knew Officer Pozell, but see that he was a loved member of the community. He made a difference in the community and gave his life to make Georgetown a better place.

He will be missed and my sympathy's and prayers go to his family and the law enforcement community in the DC Area.

On 05/12/05 while in DC for Police Week, Detective Bob Kenney, Sergeant Detective James Fong and myself were having dinner in Georgetown. During the course of dinner Officer Pozell caught our attention while doing traffic. After dinner we stopped briefly and spoke about the job, he was professional and kind, wishing us well. We in turn did the same.

I was shocked upon returning home and learning of his death. I'm sure he will be sorely missed. Our condolences to the MPD and his family. Rest in Peace Officer Pozell.

You will always be with us, your actions spoke louder then words. Georgetown will never be the same.

I am deeply saddened by the death of Officer Joseph Pozell. I have waved to him every workday for the past year as he directed traffic at the corner of Wisconsin and M. He always had a wave and a smile. He truly cared for every pedestrian and every vehicle that came through his intersection. I used to hope that I got the red light, just so that I could watch him direct the traffic! I would like to tell his family that he will be missed by more people than you would imagine. My thoughts and prayers are with you at this difficult time.

I was very sad to hear of Joe's death. He was a good man who was dedicated and served honorable. He was a friend, and I will miss him very much. I wish I could be there for his funeral but I am overseas. My condolences to his family.

I was in DC for the National Law Enforcement Officer's Memorial
escorting the wife of my good friend and fellow Merced PD Officer Stephan Gray when Off. Pozell was struck by the car.  I happened to be in Georgetown at Wisconsin and M when it occured.  I was a 1/2 a block away when I heard a man shouting to a passing officer that a police officer had been struck by a car.  I went to the intersection and arrived when two units arrived at the same time. I saw the young woman driving the CRV get
out of the car screaming and I knew that the situation was not good.

I was with my partner Stephan Gray when he succumbed to the gunshot wounds he received on a traffic stop on 4/15/04.  I was overwhelmed with recollections of this event when I saw other officers assisting Pozell. I returned to my hotel room and watched the news closely hoping to hear good news; when I returned to Merced he was still in critical condition.

I just read the disheartening news that he did not survive. My heart goes out to his family, friends and co-workers. As I walked through town on that day I was impressed by the outpour of concern by the citizens there. It was obvious that Off. Pozell had quite an impact on that community. People appreciated what he did for them and they were truely concerned.  I appreciate what he did and I'm saddened by this news.  I have experienced the loss of a fellow officer who was also a close friend and it has not been easy but for the family and friends it is important to know that there are many who care, and although many may not understand what you are going through, there are some of us who do and we are always here for you...we are a law enforcement family.

I have been driving past Officer Pozell for the better part of a year with amazement at how skilled he was at directing traffic in one of the city's busiest intersections. At times I really thought he was standing too close to moving vehicles.

My prayers are with the surviving members of the Pozell family during their time of grief and bereavement.

May God rest his soul. Amen.

Circumstance:
On May 14, 2005, Reserve Officer Joseph Pozell was struck by a sport-utility vehicle while working in one of the busiest intersections in Georgetown, at the intersection of Wisconsin Avenue and M Street, NW. He was rushed to George Washington University Hospital in critical condition where he succumbed to the injuries he received three days later on Tuesday, May 17, 2005. At the time of his death, Officer Pozell was surrounded by his wife (Ella), son (Joseph Jr.), and countless other family members, friends and co-workers within the Metropolitan Police Department. Officer Pozell was 59 years old.