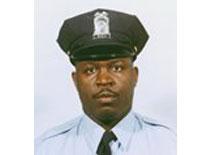 Just wanted to remember my very long time friend during this holiday season. Officer Johnson was a former school buddy of mine in addition to a partner in music interest & law enforcement. He was just an all around great & hilarious guy!!!!

Bobby will always be remembered "to me" for his ability to keep you laughing as we often spoke about the old times, growing up and becoming mature adults. Continued Blessings to the entire Johnson family!

In loving memory of one who touched so many. We thank God for Jesus and the time we spent with our beloved Husband and Father. These days that pass are not the same without you and they will never be. You'll never be forgotten! A part of you will always remain.

Circumstance:
At approximately 10:30 on the evening of Saturday, April 26, 1997, officers responded to the 4300 block of Benning Road, NE, to investigate the sound of gun shots. Upon arrival, they discovered two male subjects suffering from gunshot wounds.