In Memory of Officer Paul Dittamo 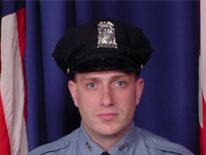 It was a pleasure knowing you at MPD 7D. And although it has been yesterday since the moment we lost you, your memory lives on in our hearts and minds. We wish all those you loved continued strength and faith.
Ibby Piracha
—Submitted November 5, 2010