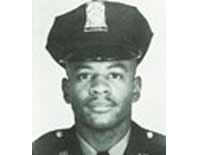 I went through the academy with Larry and always considered him a friend. I'm sure he was married, however I do not know if he had any children. The doctors said the only reason he lived for two days after the shooting, was due to his tremendous physical condition. He was a black belt in Karate.

He was a good officer.

Officer Dorsey died a few days later from his injuries.