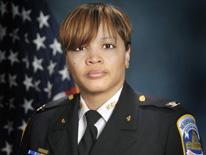 Kimberly Chisley-Missouri joined the Metropolitan Police Department in July 1990.  She began her career as a Patrol Officer assigned to the Second District.  After being promoted, she worked as a Sergeant in the Fourth District from March 1997 through August 1998, before and serving in a variety of other assignments, including the Disciplinary Review Division and the Office of Human Resources.  In 2004, she was promoted to the rank of Lieutenant and worked in direct support of Chief Charles H. Ramsey as part of his staff.

In December 2007, Chisley-Missouri was promoted to the rank of Captain and assigned to the Seventh District.  Following that, she worked in the Internal Affairs Division, overseeing investigations concerning serious uses of force and misconduct by members of the Department. Additionally, she served as the Deputy Director of Youth Investigations Division, which investigates physical and sexual abuse cases against children, Internet Crimes Against Children (ICAC); child pornography, processing of juveniles through the Juvenile Processing Center (JPC); Youth Outreach and various grant programs.

In November 2014, Kimberly Chisley-Missouri was named Assistant Chief in charge of the Corporate Support Bureau, which oversees the major administrative, technical and business functions of the Department. She was named the Assistant Chief for the Internal Affairs Bureau in June 2015.